Jeff Henry brings more than 30 years of sales and management expertise to his role as President of ViON. He is responsible for the company’s overall operations, strategic execution and revenue. He has extensive experience working with technology manufacturers, ranging from very large and established companies to numerous high-growth and emerging technology firms.

Prior to ViON, Jeff served as Senior Vice President and General Manager of the Americas at Hitachi Data Systems. He was responsible for Sales and Services, leading a team of 2,000 employees. During his tenure, revenue and profitability doubled. Jeff served on the Hitachi Data Systems Executive Committee. Before joining Hitachi Data Systems, Jeff served as a Vice President and General Manager of North American Sales for Unisys Corporation and was Vice President of Global Accounts for Hewlett-Packard (HP) Corporation, managing a team focused on global revenues within the Fortune 100 account base. Prior to his time at Hewlett-Packard (HP) Corporation, he held various sales leadership positions within the technology industry.

Jeff holds a B.A. in Marketing from Ohio State University and has attended multiple Executive Leadership programs hosted by premier universities in the United States. 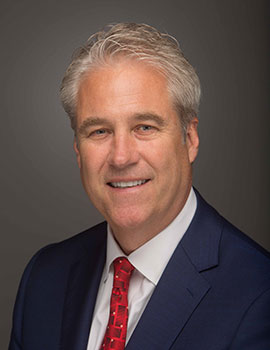