Tom Frana has served as President and CEO of ViON Corporation since 1992. He has guided ViON from a small technology company into a premier service provider organization and is responsible for the company’s overall strategy. As Chairman and CEO, Tom currently focuses his time in the areas of technology innovation, long term planning, financial performance, employee development and passionately overseeing ViON’s unique customer engagement model.

Tom was born in Annapolis, Maryland, at the Naval Academy. He spent three years in the U.S. Marine Corps and served in Vietnam. He has a Liberal Arts degree from Kendall College, Evanston, Illinois.

Tom is a Founding Member of the U.S. Marine Corps Museum in Quantico, Virginia, and a member of the Board of the Marine Corps Heritage Foundation. He was also a member of the AFCEA Executive Committee and an Advisory Council Member on the United Service Organizations (USO) in Dallas/Fort Worth, Texas for 12 years. Tom served on the board of St. John’s College High School in Washington, DC for over 15 years, including two terms as Chairman. 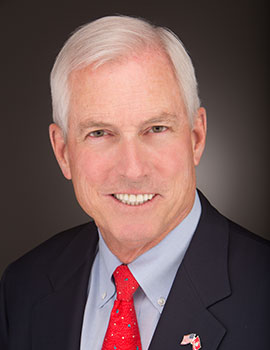